There is one class I never missed in high school, Drivers Ed. I had been eyeing my sister’s red 1986 Honda Prelude for years – it was going to be my ticket to the teen age nirvana – ownership, freedom, status . . . and girls. Ro (Formsprings, RockYou) and Zhao (Betterworks, Farmville) were here the other day talking to our companies about the science of virality – looking around the room, it reminded me of my driver’s ed class. . . The topic was well known yet the words coming out of Ro and Zhao’s mouth seemed a bit foreign. Everyone in the room knew that every sentence was worth millions of dollars, yet despite all the concentration and furious note taking, the comprehension rate was only somewhere around 30%. There are things that can be taught, and there are things where someone can only point us in the right direction. Nothing replaces getting behind the wheel and trying to merge into highway traffic a few hundred times to get the hang of it.

People have been studying the subject since Hotmail took off in the dot com era. The Paypal mafia made it somewhat of a secret playbook for its members, while a new generation of masters sprung up around MySpace in the mid 2000s. It finally bled into the common consciousness during the recent Facebook era. Today, it is almost a prerequisite slide topic for any venture funding pitch.

Not going to regurgitate all the great stuff that’s already out there from people miles smarter than I am.

A must read primer AND formula from David Skok of Matrix.

A tactical playbook from Yee Lee

Understanding virality in context of other impacting metrics, from socialh.com

A thread to subscribe to on Quora on K-Factor

What is interesting is that given the amount of noise – hundreds of thousands of startup sites and apps, leveraging the same viral channels and techniques – the average virality (k-factor if you well) must surely be declining despite the best effort of many entrepreneurs. Further complicating the problem is that virality inherently benefits companies with existing scale. First, because a large “n” ( as in “n” number of infected), all else being equal, mathematically creates more opportunities for connections/infections. And second, because large amount traffic allows for testing a large # of permutations to create the most statistically efficient viral loop or conversion funnel. As a result, early stage companies that have achieve the highly sought after exponential growth are becoming black swan events – exceptions to the rule and arguably more based on luck than strategy. Unless an entrepreneur has “done it before” – almost everyone (especially VC’s) are highly discounting any acquisition and growth strategies based on “virality.” You just got to go out there and prove you have the viral chops to claim to know anything about the topic. (Plus VC’s don’t mind paying up for numbers so it’s good for everyone in the end.)

So what’s a startup to do to prove its chops? Certainly ignoring any viral channels/strategies is more than stupid. Here are a few things I’ve gathered along the way (including some I stole from talking to Ro & Zhao).

Understand Non-Linear Amplification – Traditional conversion funnel optimization creates linear improvements in the outcome – and often a few basis points improvement is simply not worth the effort required. (my eCPA dropped by 2 cents!). But in the viral loop context where the conversion funnel is repeated exponential number of times – every basis point improvement could potentially mean 2-3x increase in acquisition not too far down the line. (how much better will depend on other variable in the equation). As a result; don’t guess, have some basic understanding of how to create the best call to action for high CTR and test the hell out of every copy, color, placement, picture you include in your conversion funnel / viral loop.

Find On Ramps – Viral marketing doesn’t work by itself. You need to find a complementary acquisition channel to solve the cold start problem and to continue to “juice” the virality. By definition, viral growth requires a group of “patient zero’s” to work. Furthermore, more likely than not, it will take a few iteration of the conversion funnel/loop to get to the point where the K factor is above 1. As a result, everyone has to figure out a consistent channel for customer acquisition where virality can be bootstrapped. (this is one of the many reasons that when entrepreneurs ONLY talks about virality, they are typically screwed). Traditional customer acquisition techniques all work as on ramps – SEO, SEM, event marketing, direct community outreach etc. (btw SEO is totally under-rated as an on ramp). But don’t forget to explore paid and free channels on top of existing platforms & communities like eBay, Myspace, Facebook, Flickr, Instagram, Foursqaure etc etc.

Focus on The Registration Funnel First – The biggest variable that impact how fast a site/app can grow (mathematically) is actually not K but so called “viral cycle time” or “referral time” – it basically measures how long it takes to get an existing user to refer another user. For example, it is pretty much useless for an user to refer 2 more users after 1 year – even if EVERY user does it. As a result, the quickest way to achieve RAPID growth is to build registration into the core part of your viral loop – where you are shortening cycle time to as close to zero as possible. It also stakes a lot of creativity to make it work since some of the oldest tricks (remember the old “scan” your inbox for friends trick?) don’t work anymore. (Ro suggests taking a look @ schoolfeed.com for some inspiration). There are other benefits to focusing on the registration process first. For one, (not that it’s a sustainable situation) what if your site/app actually sucks? If it does, you wont be able to get people into the viral loop in the first place. The other benefit is that by focusing on the registration funnel and decreasing referral time, you will lessen your dependence on finding a scaled “on ramp” (see the last point).

Understand the Interactions Between Retention, Decay vs. Virality – Many of web 2.0’s first generation viral startups (rockyou, slide, hi5, tagged etc) never quite achieve the lofty promise they once held (not that those entrepreneur have anything to be ashamed of, they are still gods compared to us mortals) because of there are other equations besides customer acquisition that portend success. Customer retention (read satisfaction & engagement) is still king in the long run. You simply can’t have a leaky sieve and a rapidly decaying customer base even if you discovered the most viral acquisition channel known to the history of man. Pinterest is a great example of optimizing for acquisition AND retention – a moderately high K factor combined with a highly engaging product will also create a very large userbase AND eventually generate exponential growth once the userbase gets big enough.

Don’t Forget About Email – Not much to say except that email is one of the oldest customer acquisition and retention channels out there but decades later still underutilized. Don’t get too scared of your own shadows – let open and CTR rates determine the optimal frequency and call to action – push the envelope.

Explore New Channels – Don’t want to give away the farm here – but lots of industry insiders are raving about Facebook’s new Open Graph / Ticker integration and mobile app notifications (ipad in particular). Go dig in yourself. 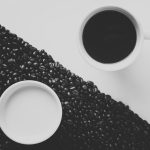 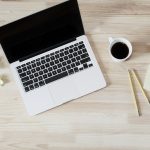