There have been rumblings recently that the traditional VC model could be in danger of extinction, threatened by more contemporary investment sources such as crowdfunding and super angels.

While it’s true that the early-stage landscape is changing, VCs are hardly on the demise, nor are professional VCs losing ground to crowdfunding and angels. In fact, the amount of VC funding increased last year to $33.1 billion in the U.S. Roughly one-third of those dollars were aimed at seed and early-stage funding with $10.7 billion invested — up 37 percent over 2008 investment, when the industry was at its peak.

Rather than looking at the funding landscape as a zero-sum game, with one model rising up at the expense of another, it’s best viewed more as a continuum, with investors across the spectrum matching up with companies at the right stage of development or maturity. The truth is that there is plenty of opportunity for a wide range of investors and entrepreneurs, and a healthy economy depends on diversity — in both the types of businesses and the capital they can access. 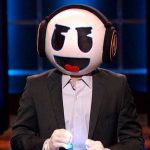 What Entrepreneurs Can Learn From the 5 Craziest Investor MeetingsVenture Creation 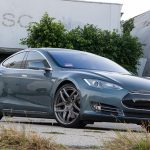 Brother From Another Mother: VCs and RappersMedia, Random, Venture Creation