Rappers want to be venture capitalists, venture capitalists want to be rappers: it is a tale as old as time. It totally makes sense, cause both rapper and VC are not actual professions - they are both kinda what you tell friends and family members you’re doing when you’re unemployed. Also, in both fields, appearance is everything. The rapper needs to have the tricked out Mercedes-Benz and the venture capitalist needs the Tesla with the “Carbon Footprint” limited edition 22-inch rims..

As former founder of Rap Genius and current founder of Mucker-based Everipedia (aka “Thug Wikipedia”) - I have dealt with a lot of capitalists as well as rappers. Sometimes, I can’t even tell them apart. In the case of Rap Genius board member / investor Ben Horowitz (aka “Emcee Tic Toc”) - he is in fact both… which got confusing, especially when he would wear the big gold chains to board meetings and stuff…

Below, I have listed some of my favorite rappers along with their VC “spirit animals” - please feel free to send me more suggestions to add to the list! (Tweet at me: @mahbodmoghadam)

John Doerr has been keeping a low profile recently, probably because Gucci Mane is in prison. But both of them will be making a strong comeback in 2016! Think about all of the young wannabe “struggle rappers / struggle venture capitalists” whom these men have inspired! Furthermore, John is from Saint Louis (ask his tattooist..) and attended Rice University - so he is reppin the d-d-dirty dirty South.

PG is the composer of the beats for the entire West Coast - it is not about his own projects, it is about the culture he has inspired. Also he likes to floss and drives a cherry red Porsche - fuel efficiency be damned! He is very rich, just like Dr Dre after selling Beats by Dre to Apple. Rumor has it Jessica Livingston ghostwrites his verses! (You didn’t hear it from me tho..)

Jason is the “Falstaff of tech” - he is a bon vivant through and through. Much like Rick Ross, his interests are not limited to tech - I could totally see him opening up a chicken wing chain like Rozay’s famed WingStop. Jason is the kind of investor who will share a 20-piece chicken wings with you and tell you exactly what he thinks of your product - he pulls no punches! Brutal, refreshing honesty. Rrrrugh!

I was going to put GZA for Bill - the point I’m trying to make is, this dude is a thinking man venture capitalist - very rare in the VC world. Bill is the Marcus Aurelius of VC, the VC-philosopher.. much like Aesop Rock has the largest vocabulary in all of rap, Bill has the largest vocabulary of any venture capitalist (eventually Rap Genius will prove this…)

I’m not just saying this cause they are both bald ok? Marc Andreessen is the definition of “thug life”. He is married to “The Princess of Silicon Valley” aka Laura Arrillaga-Andreessen - similar to how 2Pac was engaged to Quincy Jones’ daughter when he was shot to death. Andreessen’s passion for bitcoin is reminiscent of 2Pac’s “M.O.B.” philosophy. (ps Balaji Srinivasan is his Hussein Fatal in this metaphor..) 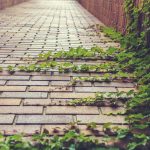 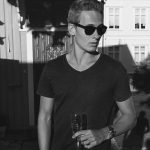