Satish Dharmaraj is a Managing Director for Redpoint Ventures. Prior to Redpoint, Satish was the founder/CEO of Zimbra. At Zimbra, he grew sales from inception to $20M in subscription sales in the first year of selling and nearly doubled sales the next year. By the time it was sold, Zimbra was featured in the WSJ (Front Page), the NY Times, Forbes, Fortune and USA today. Satish was directly responsible for leading the product vision, PR and the open source distribution strategy. Zimbra had many firsts – it pioneered AJAX, pioneered a new open source business model, a large channel strategy and blended a consumer product with a business offering in an innovative suite that sold to both the consumer and business segments. Satish was responsible for the sale of Zimbra to Yahoo for $350M – a contract he negotiated directly, without using a banker, on behalf of the board. Prior to founding Zimbra, Satish was VP of the Messaging Products Division at Openwave Systems, responsible for the email, unified messaging, voicemail, and instant messaging product lines selling to large carriers and ISPs. Satish managed both the engineering and product management teams, which had over 200 people and a $45M budget. Satish sold to and helped deploy into many large carriers in this role. At Openwave, Satish lead the team that partnered with Cisco to produce the first VxML-based voice browser as well as the industry’s first MMS server. Satish came to Openwave as part of the founding team at the unified messaging company Onebox, where he led engineering and network operations, and was instrumental in the sale of Onebox to Phone.com for $850M. Prior to Onebox, Satish was at Sun Microsystems’ JavaSoft Division from 1995 through 1998 where he was responsible for the conception, design and implementation of Java Server Pages (JSPs) which he introduced to the Java community at the JavaOne conference in 1998; in addition, he led the team that created the Java Server Framework which was licensed to IBM to form the core of the WebSphere product. He also led the team that designed and implemented the Java Servlet API. Satish previously held several product and engineering positions at IBM and Transarc Corporations. Satish has B.S. and M.S. degrees in Computer Science and an executive management degree from the Harvard Business School. Satish focuses on investments in the mobile, consumer and cloud computing areas. He has led Redpoint's investments in: Bricato, Zelfy/Peel, Posterous, Namesake, Pulse, Cloud.com (acquired by Citrix), StorSimple, ERPLY, and Pure Storage. Satish is also a member of the Verizon 4G venture forum and helps VZW look at mobile companies to invest/partner with. Satish is a founding board member of a non-profit organization based in the Bay Area called HelpingHands and a charter member of TiE. 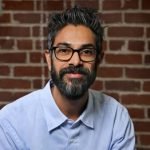 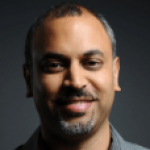