Like many of people in the tech community, I’ve been following Uber with a mix of awe, horror, and admittedly, jealousy. How exactly is it doing? How is it worth $40B+? What brand of pomade does Travis Kalanick put in his hair? I took it upon myself this week to at least try to solve the first question (the rest will come in the coming weeks) using publicly available (both “leaked” and “released”) data to reconstruct Uber’s topline revenue.

What makes me uniquely qualified to do this?  Well, a long long ago, in a past life that I no longer publicly acknowledge; in case I lose my nerd cred, I was a junior investment banking analyst, working for this guy. . . plus I got an “A” in Intro to Algebra in high school.

This is what we know as “facts”:

From those numbers can triangulate/guestimate the following

Using linear extrapolation (because I’m lazy), here is what I came up with for Uber’s net revenue.

(Note to mutual fund and PE guys, marketplaces are valued based on NET revenue not GROSS revenue, eBay set the accounting standard all the way back in 1999. Groupon’s shenanigans on this topic caused it to re-price its IPO multiple times.) 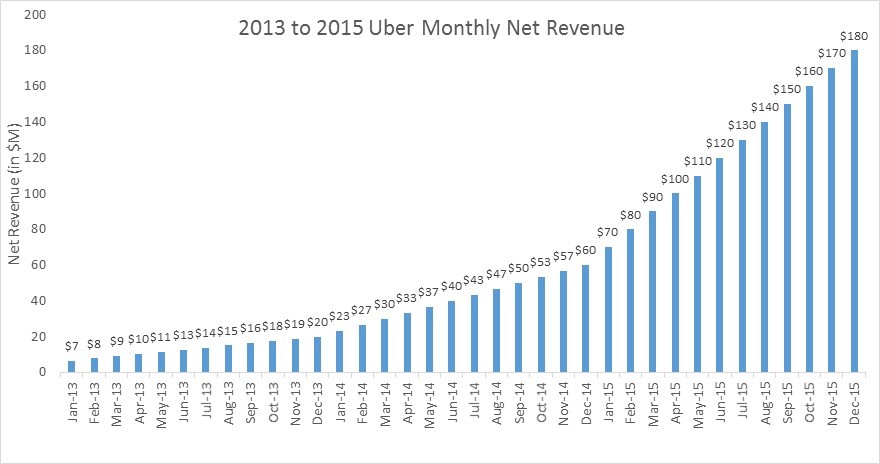 OK, that was a little hard to read, but data rich. Let's try again. 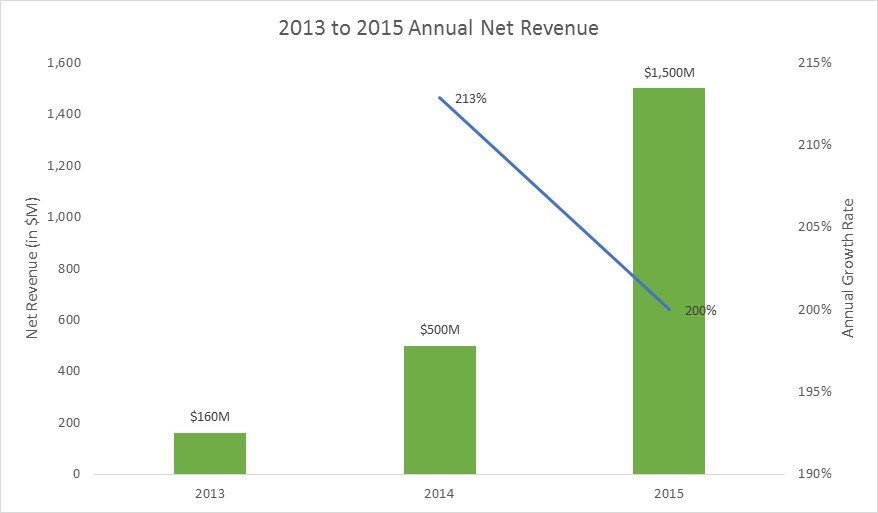 Much better. So what do we know?