Editor's Note: This guest post is the first of an ongoing series offering up an insider-point of view from a portfolio company. Here, the "encyclopedia of everything" site Everipedia uncovers the top five trending pages of its site from the past week, revealing the unique value of it's real-time knowledge database of... literally everything. From their about page: "Try creating a Wikipedia page for yourself, your small business, or your pet cat and see how long it lasts. Here at Everipedia, we believe that anything or anyone should be able to have a page!" So, wherever the weekly news and/or cultural zeitgeist may wander, Everipedia and its rapidly growing community of users will be there to capture it all.

Everipedia is more than just a crowdsourced encyclopedia - it is an information aggregator that provides deep insight into a vast array of fields. The content, updated by users in real-time, keeps Everipedia up to speed on trending topics across the internet. This week, stories involving police officers and the Republican National Convention have dominated the news and social media. 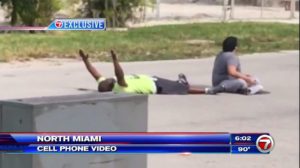 Charles Kinsey chose a career path as caretaker of autistic adults that requires patience and communication. Ironically, police officers could not reciprocate the same to him. Charles was shot while his hands were in the air and body was laying on the ground. He was attempting to bring back an autistic man who ran away from his group home. The incident has come in light of the Dallas and Baton Rouge Police Shootings and shows the increasing paranoia of police officers because of it. 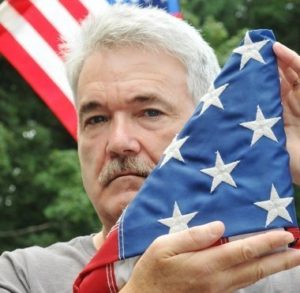 If someone were to write a sequel to the movie Animal House in 2016, Larry Kelley would play the perfect antagonist to college students. This citizen journalist of Amherst, MA has shown his dedication to his craft for almost a decade. From his courtroom coverage of young offenders to his daily Party House of the Weekend to his yearly non-stop coverage of Blarney Blowout, Larry has become a folk hero to long-time residents and hated villain to college students. If anything is for sure, Larry is one of the most recognizable figures in the Pioneer Valley and he does not look like slowing down anytime soon! 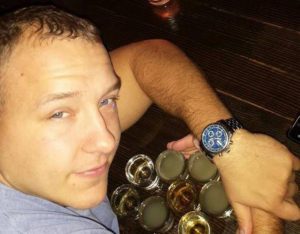 This rookie cop on the NYPD found himself on the wrong side of the law Saturday. Nicholas Batka drunkenly drove his vehicle into four pedestrians, killing MIT student Andrew Esquivel in the process. With the intense scrutiny that police are under in the media for having the appearance of getting off crimes easy, Batka will have a tough time escaping prison time. If the majority of his Facebook pictures tell us anything, it is that he needs to put the drink down and pick up the sober life in a rehabilitation facility.

In the moment, Melania Trump’s RNC 2016 speech came off as elegant, confident, and well-polished. All of those attributes were diminished when reports came out that part of her speech was plagiarized from Michelle Obama’s DNC speech back in 2008. Although this fact is abundantly clear when we hear the speeches side by side, as of this writing Trump’s campaign manager Paul Manafort still publicly denies that the speech was plagiarized. Melania claimed to have wrote the speech herself, but reports later came out it was ghostwritten by Meredith McIver. The speech revealed some of the underlying problems plaguing the Trump campaign, including the lack of internal infrastructure it possesses. 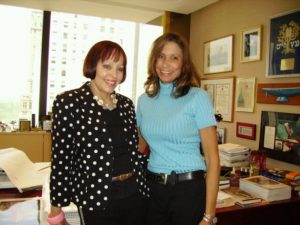 Meredith McIver has taken an interesting path in life. She was a ballet dancer early in her career and has been a loyal associate of Donald Trump for over 15 years. She had ghostwritten 5 of his books and has helped Trump build his image in the spotlight while she stayed out of it. That all changed after Melania’s infamous Speechgate scandal when it was reported that Meredith ghostwrote the partially plagiarized speech. Although she offered her resignation to Trump, he refused, calling Meredith’s error an honest mistake. Conspiracy theories have arose that she purposely sabotaged the speech given that Meredith is a registered Democrat, along with a reference to Rick Rolling was in the original transcript.

Dave Liebowitz is a recent graduate of the University of Massachusetts, Amherst and majored in political science while double minoring in history and philosophy. He is a prolific writer and maintains his own blog, Frequency of the Unknown, where he divulges into insightful commentary about politics, philosophy, and valuable lessons from his personal experiences. He is currently a member of the Founding Team at Everipedia. In his free time, Dave enjoys going to the gym, reading, and traveling the world.