LA has rapidly become the venue of choice for many Chinese investors seeking opportunities in media and technology. They are seeing exactly what I saw when I began to spend time here a few years ago before moving here permanently in 2014.

I thought it might be best to share some of my own perspectives since I’m a media executive by background, I’m a founder-turned-technology investor, and I’m still fairly new to LA. I moved here almost two years ago, after living in Beijing and Hong Kong for half of my life.

So, while I certainly look like a wàiguórén (foreigner) to everyone I meet in China, I’ve been getting used to a very new culture as we have been settling into LA and into life here in the U.S.

I moved here because it actually felt like an emerging market to me. I’ll explain: I was in the process of exiting the company that my cofounders and I had built when we were selling it on the Hong Kong Stock Exchange. I wanted to use the experience I’d had as a founder, to help other founders build their businesses. I wanted to be in Venture Capital.

I spent a lot of time talking to investors and funds in China and Hong Kong — and while the market is indeed exciting there, I felt like valuations were high and competition was very fierce. The market was saturated.

As I was exploring my next steps, I spent time in the Bay Area and New York as well. Both had their pros and cons — but the more time I spent in LA, it reminded me of the early days of tech in China.

I vividly recall meeting two super-smart cofounders working out of a crappy apartment building in Shenzhen in the late 90’s. Wires were everywhere and there weren’t enough seats for all of the engineers packed into the small apartment. Those guys were Pony Ma and Daniel Xu, and they were building a little company called QQ. We know it as Tencent today. WeChat too. So much has changed in China since then. U.S. and Chinese venture and private equity firms are plentiful, and the talent pool of entrepreneurs is truly impressive and deep.

Now… let me take a little creative license here — LA is definitely not an emerging market by definition.

Yes, LA is the 2nd largest city and one of the richest economies in the U.S.

Yes, it’s the center of the world for media and entertainment (sorry, New York).

So, to call it an emerging market might be a stretch. HOWEVER, the technology and venture capital landscape is still in its infancy here — and to me, it feels like those early days in China.

Our community here is still small enough to collaborate, small enough to know almost everyone, yet substantial enough to support a multitude of high-growth startups, and a growing talent pool. UCLA, USC, and Caltech are producing excellent engineers, who five years ago would have headed straight to Silicon Valley but can now find competitive opportunities locally. And the cost of living is far less expensive here.

We also have a maturing financial and funding infrastructure, with several venture capital firms who have raised second, third, and even fourth funds. More and more people from other markets (including overseas) are either looking to deploy capital, coming for more frequent visits, or simply promoting LA’s virtues.

When I moved to Asia from the US in the early 90’s, capital was just beginning to flow from West to East. U.S. and European investors were beginning to ride the China wave. Morgan Stanley was the first US investment bank to establish its own entity in China through CICC. Goldman Sachs, JP Morgan, and other bulge bracket firms then followed. At the same time, big PE firms like Carlyle, Blackstone and KKR started to make inroads — then came Silicon Valley VCs like Sequoia.

And I was there to help Time Warner build its business in China and across Asia.

Now, the tide has turned, and capital is flowing in the opposite direction, from East to West — and so much of that capital is focused on LA and southern California.

Activity here is heating up — especially by Chinese companies:

Alibaba has also been financing major film productions, including Steven Spielberg’s Amblin Partners, and has developed a large office space in Pasadena to oversee its US operations.

Tencent acquired Riot Games and continues to invest in LA.

Chinese investors and developers are front and center in much of the building boom that’s taking place in Downtown LA.

Bank of China is firmly established in the US and is one of the largest commercial real estate lenders here. And they, along with ICBC both have offshore renminbi centers here.

Looking to the Future

I predict that things will only get more exciting. Local LA success stories like CornerstoneOnDemand, True Car, The Honest Company, Maker Studios, Dollar Shave Club, and Snapchat’s impending $4B IPO — as well as the China sponsored deals I just mentioned, are only the beginning.

Our Mayor Eric Garcetti has taken notice too, and has been actively courting the technology and venture capital communities. He’s even established an Entrepreneur-in-Residence position at City Hall.

In my experience, all of this energy, attention, and activity helps to create a social and civic viral loop that fuels a fast-growing, emerging market.

So here I am — feeling just like I did when I arrived in China 20 years ago. I see enormous potential for growth, development, and for cross-border collaboration. I see the talent pool getting stronger by the day. And I see capital and funding moving rapidly into place.

Exciting times are ahead for Southern California. 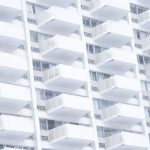 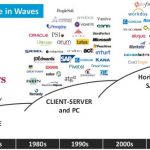