Babies have played a pivotal role in the life and career of Workast co-founder and CEO Guillermo Gette.

It was his parents’ baby-product store back home in Buenos Aires, Argentina, that gave him his start in web development.

“I think I was 12 when I put together the first website for my parents’ company back in 2001,” Gette said.

His parents were so impressed that they kept asking him to update the site, which allowed him to further hone his coding skills.

“All through high school, I did it as a job during the summer, and that eventually turned into a career,” he said.

After getting accepted into MuckerLab in early 2017, the couple discovered Yuson was pregnant. By the end of the year, Gette and Yuson’s son Mateo was born, Workast had been installed on about 50,000 devices, and the couple were meeting with investors to raise seed capital to fund the company’s rapid expansion. In February, Workast raised $1.85 million in a seed-funding round led by Greycroft Partners.

We spoke with Gette to learn more about how it all came together.

What made you come to the United States from Argentina?

One night, I was doing my Ph.D. at the time, I was overwhelmed. I googled the U.S. and Ph.D., and I landed on this page with ads for jobs. I applied for this job that had my skill set, and I got that particular job. I think it was meant to happen. I went on the interview process, and I didn’t tell my parents until it was really real. I always thought I would come here for six months and then go back to study, but that never happened.

What was the job?

It was with a company doing coupons for websites. We joined an accelerator called StartEngine founded by Howard Marks. At that time, between 2011-12, the L.A. startup ecosystem was very early, and there were not that many accelerators, so we were part of the first class. That’s when I decided I wasn’t going back to Argentina. The owner put me in a management position, and we started hiring and growing a little bit. Professionally, I was doing what I wanted to do. The company went through highs and lows, and we eventually had to close the office down.

And that’s where you met your wife?

Angeli was working for the sister company of that startup.

What did you do next?

I was very burned out. I was like, I’m going to go and work for Yahoo and Expedia in Australia, where Angeli is from. So, I worked for those two companies in Sydney.

What was it like going back to such big companies after working at a startup?

You learn a lot not necessarily about coding, but how to work on large teams and how to navigate the enterprise world and all the politics around that. So, I think it was a good compliment for my career. I was always working on other projects and ideas.

And one of those ideas turned into Workast?

Right. At Expedia, we had a team of six people. We had Slack, and communication platforms were picking up at the time in 2016. People were constantly communicating, and you had this notepad next to you where you were writing down these things you needed to do. I also had a spreadsheet that wasn’t really part of the main project, but full of stuff that developers needed to do. I remember thinking there has to be something better to capture all this work that happens that is not in your everyday tools. When I saw Slack was picking up, and you could build integrations on top of it, I thought, wouldn’t it be nice to have a conversation, take some notes and make some actionable items? I created an integration called “To-do,” kind of for myself. I put it online in the Slack marketplace and it caught on from there. Within the first week there were 100 or 200 teams using it, and I was like, “Oh wow, what happened here?”

How did you turn it into a company?

I started putting more features in place and listening to the feedback of the users. There were not that many people using it yet, so that helped me shape the product. The “A-ha” moment was in September 2016 when we had 1,000 or 2,000 companies using the app. We barely had a website, and there was a Slack integration and nothing else. It was Y Combinator application time, and I applied on the last day. I thought, should I apply? I don’t really have a company. I feel like I just have a tool. Angeli and I actually interviewed and got through all the way to San Francisco. That’s when I thought, wow, there is something going on here that is potentially much bigger than what I think it could be. We didn’t get into Y Combinator, but we were already in San Francisco, so I said, “Let’s go further down the path and see where this can take us.” That’s when we started looking for other accelerators, and eventually we found out about Mucker.

The whole format with Mucker was not just three months and leave or die. It was more like, you come in and we really help you. It was much more fitting for us. Having Will (Hsu) and Erik (Rannala) there on the side, meeting with them every week, and having them help us to focus on what we needed to focus on was critical. When we joined Mucker, we found out that Angeli was pregnant. Will and Erik were very supportive. We really grew a lot in that year because we were so heads down focusing on the product. Eventually, we raised our seed round because we were able to show that growth and found a way to acquire users and companies into our product for no money, just really focusing on that Slack integration. Afterward, that’s when we started thinking, how are we going to build a product outside of Slack?

How did you do go about building a standalone product?

That’s something we struggled with for some time, and we are working on some branding initiatives. If you go on our website right now, it still sells you on the integration side. But once you start using the product, you realize this is a full-fledged platform. We have to change our messaging. We were able to understand the use-case for users, what they need, and what exactly they are trying to do. Then we were able to add layers and layers. You start looking at the integration as one more layer to your product.

Where are you with that process now?

We have about 30,000 active companies at the moment. The product is free for up to five active users, and after that you start paying for active users per month. We also have an enterprise model tailored to large organizations with lots of employees. Our idea is to have one very strong product. Instead of doing a freemium model with some features for free and many more premium features, we found that people struggled to know the value of those premium features if they can’t use them. So, once you expand the product within your team, and you start to get it, it makes sense to pay for 10 people. People want to see the value.

How does Workast, as a small startup, compete for top talent?

We actually hired engineers from Argentina. One of the hardest things to do at tech companies is hiring. You have to pay a lot of money to get the right talent, and you’re competing with the Snapchats and Tinders here in L.A., and any big company that has a lot of money. They also have the best benefits, insurance, and free lunches, so it’s very hard. We found that Argentina is a great place for a pool of talent. They are very well educated, they all know how to speak English, and the time difference is good. As a software company, you have to have the best people because the code that you write has to have good foundations.

How do you and Angeli balance work and family life?

When we log off of work, and before Mateo goes to bed, we try to just spend time with him. And when you’re spending time with your baby, you’re not really thinking about work; you’re just focusing on him. That helped us to keep things at a healthy level. You have family talks and baby talks, and you talk about business as well. We met at work, so we know how to balance those things. Sometimes the other person doesn’t feel like discussing something important, and you just have to leave it for tomorrow. Also, we are a remote company right now. We have meetings at Mucker and meet investors at coffee shops. That also helps a lot, and it did while Angeli was pregnant too, because she didn’t have to be sitting in an office all the time, particularly when she wasn’t feeling well. 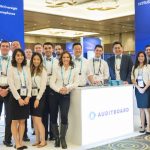 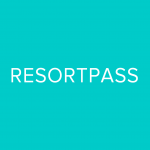