The company’s co-founders grew up playing basketball together in Cerritos, and Kim pitched his friend the idea for a product that would revolutionize the way companies manage auditing processes while the two were at Lee’s house watching SportsCenter and chatting about their favorite team: the Lakers.

That idea eventually turned into AuditBoard, which launched in 2014 and this month secured a $40 million funding round led by Battery Ventures. The money will help the team improve the product and finance customer expansion, particularly internationally. Kim now serves as CEO and head of product, and Lee as president and head of business. The company’s SaaS technology allows businesses to collaborate, manage, analyze and report on critical internal controls data in real time.

“I had been out of the audit space for about a decade at that point,” said Lee about the timing of their first conversation about AuditBoard.

Lee, who was then serving as vice president of CounterPoint Capital Partners, began doing some research after Kim’s pitch.

“I could not believe a decade later that 90 to 95 percent of public companies were still using Excel to manage their programs,” he added.

Kim said he knew the time was right to enter the market.

“I just thought if no one else is going to do it that I was in a very good position to be able to build it out the right way,” he said.

We spoke with Kim and Lee to learn more about their careers, how they built AuditBoard into the company it is today, and their leadership styles.

First off, could you explain in simple terms what an auditor does?

Kim: At a lot of larger organizations, risk is a very critical component as they operate the business. Whether it’s cyberattacks that can take a network down, or compliance regulations where if you’re not in compliance you can get fined millions of dollars, or SOX (Sarbanes-Oxley Act), which if you’re not in compliance with you could have risks to your financials. Then there are some industry-specific risks, like PCI (Payment Card Industry) or HIPAA. What an auditor does is oversee the activities in mitigating a lot of those risks.

Daniel, having worked as an auditor at big public companies, what gave you the idea for AuditBoard?

Kim: Having been an auditor in this space for so long, it was a very manually intensive process. Over 50 percent of my job was really just administrating spreadsheets and data on these documents. Over the course of my experience, I realized there wasn’t a really good vendor that addressed that problem. There are thousands of spreadsheets across tens to hundreds of people managing all this data, and I felt like somebody needed to build a solution. That’s kind of how the idea started. It was just from being frustrated as a user in the space and wanting to do something about it.

Lee: One of our taglines is “built by auditors for auditors.” Whether it’s through the sales process or the onboarding implementation, we’re able to draw on our experiences and build up the business with that intimate knowledge of what customers ultimately want and how they work. Most of our sales people are former auditors themselves.

Jay, having worked in the private equity world, what did you first think when Daniel pitched you the idea?

Lee: I’ve known Dan for 25-plus years. I was in his wedding. He was in my wedding. I wanted to make sure that if this is what he was going to do that he had to do it right. So, I said, “Let’s figure it out.” After that meeting, I did my own research. With my background, I could dive into some of the market research and then look at competitors and solutions that were out there. I actually reached out to my colleagues at Ernst and Young, as well as some of the other firms that I had worked with, and talked to them about the solutions that they were using internally, as well as what their clients were using to manage operational audits and manage different things around the risk universe. I found out 100 percent of their clients were on Excel managing it manually. For me, that was validation in terms of the opportunity.

Kim: From the beginning, we were committed to building it out. It started with one another, and then trying to build a really strong team. We built out an engineering team that understood the enterprise users and the pains of working in Excel. The second part was designing the tool and building it out. I think that was actually the easier part.

Did you try to raise money right away?

Kim: We initially bootstrapped for some time and then raised a small friends and family round.

Is your product designed for any type of company?

Kim: It’s really for any for any type of audit. We started off building a solution for a particular financial compliance program. The pushing from our clients who wanted to use our platform for other things really propelled us to build a larger platform. That created the push to build out products and operational audits, compliance for cyber espionage, enterprise management, and ultimately a big platform that can address a lot of different use cases in a lot of different verticals.

Lee:The fun thing is we have the chance to be the Salesforce of the industry where we can become the de-facto audit tool for every single industry and every single company out there.

Did that background at enterprise companies help you in launching your startup?

Kim: Working at some of the largest companies in the world, one thing you understand is best practices. You’re working with some of the top people, whether it’s a CFO, CEO, or high-level executives. You get to understand what’s important for a lot of these enterprises, as well as how they operate, how they build out their departments, and how they report to the board. And you understand what’s important to the shareholders, and how you balance the revenue generation side of things as well as the risk mitigation side on the other end. As it came to building this company, it was really applying a lot of a lot of those values.

How did you find your way to Mucker?

Kim: We got we got introduced to Will and Eric through our legal contact. They believed in the vision from the beginning with Will and Eric both having worked at larger public companies as well.

Lee:They knew what the potential really was from a vision perspective, but also they could help in terms of scaling our business, whether it was hiring our first sales person, operating our business as a whole, you know, they’ve always been very helpful. In the beginning, they really separated themselves from other investors and accelerators because of operational know-how, so they certainly helped us when we were looking for someone to help us do that.

Kim:When you’re starting a business and building it, everything seems like the most important thing. So, it was kind of like taking a giant step back and asking, what is your business model? Who are your clients? I remember having what we felt like we were kind of basic conversations, but were critical as we built our business. And we were always trying to prioritize the things that are under our control versus the things that were out of our control. At the same time, it was making sure, hey, these are our milestones and these are the metrics that are going to be important to baseline off of.

What about the fundraising process?

Kim: Having a business that had a lot of traction and has had a lot of growth, there was, I think, a significant amount of interest from both the investor base as well institutional companies. For us, it was really trying to select the right partner, and that really meant a partner that has invested in as well as helped to grow companies similar to ours. So, ultimately to find a company like Battery that has helped companies like Coupa and Avalera and some of the other big names in this enterprise SaaS space become public, that’s ultimately what we gravitated toward.

What’s the dynamic like between the two of you?

Lee: Daniel and I are very different. He is certainly very thoughtful and very analytical by nature. I’m probably the more gregarious one. But at the same time, we come together with our business and the industry in mind. For a lot of our decisions, Daniel takes a very different look at it, and I do as well. We know if we come to the same decision that it’s the right decision because we’ve covered every base on the way. 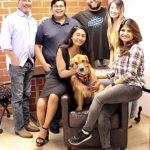 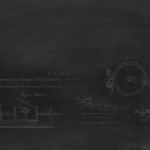