Real innovation doesn’t happen in a vacuum, a lesson that the famed inventor Thomas Edison understood better than most. Throughout his life, Edison revealed that great ideas come alive thanks to the proper mix of setting, timing, mindset, and luck. And so it was on the night of July 18th, 1877, during a fairly typical “after-hours” work session at his Menlo Park based lab, when Edison, surrounded by his fellow “muckers,” stumbled upon the invention that would turn him into a national icon - namely, the phonograph.

For entrepreneurs struggling to find their next big idea, there are plenty of origin stories that, unfortunately, overemphasize the “genius” side of the equation. Such stories give most of the credit to a single individual and their light-bulb moment, seemingly bestowed with greatness as if struck by lightning from above, while simultaneously discounting the less glamorous details behind process itself, not to mention the other people, that allowed such moments to happen from the outset.

When digging into the precise circumstances that led to Edison’s breakthrough, one discovers a number of crucial lessons for startups today on how to best facilitate innovation, instead of simply waiting around, expecting inspiration to strike on its own.

Note: The list below tracks the birth of Edison’s phonograph as told by Randall Stross in his excellent book, The Wizard of Menlo Park, which is packed with valuable insights for early stage companies and investors alike. Grab a copy here.

1. Be receptive to chance insights.

The initial path to the phonograph can be traced back to Edison’s work on a related, but altogether separate project - the telephone. As Stross explains:

“The process that produced the [phonograph] could not be called careful planning, but it was something more than pure serendipity. It was the by-product of working on state-of-the-art communications technology, while remaining receptive to chance insight and recombining bits of recently secured experience. Bell invented the telephone while tinkering with the acoustic telegraphy; Edison invented the phonograph while tinkering with the telephone.”

The concept of “tinkering” is key here. Entrepreneurs often run the risk of becoming so single-mindedly driven to solve their main, stated problem in the marketplace that they miss important solutions to other worthy problems. In Edison’s case, the initial discovery that led to the phonograph came about while experimenting with different diaphragms for the telephone. And, rather than toss aside anything that didn’t advance his primary objective at the time, Edison maintained the proper mindset to enable, and capture, brand new insights that could be applied elsewhere.

So, by taking a moment to get outside of the day to day grind, to experiment a little and see what happens, you open yourself up to greater opportunities and insights. Put simply, you never know where new ideas might come from, so tinker away, and keep an open mind.

2. Work on a diverse set of problems.

While explaining the various disciplines, tools, and techniques that Edison used in the lead up to the first phonograph, Stross says, “The very variety of Edison’s previous inventions served him well for tackling the problem of recording.”

Thus, as complement to lesson number one above, Edison revealed that a great way to increase the likelihood of chance insights comes from working on a diverse set of problems. The best entrepreneurs succeed where others before them have failed due to their unique ability to span multiple domains, and creating something entirely new in the process.

Edison’s lab itself stands out as one of the most compelling characters in Stross’s book, and was clearly a crucial factor in Edison’s success: “The isolation of the Menlo Park setting infused the laboratory with a feeling of unbounded creative freedom.”

The open floor design of the lab, combined with Edison’s wide range of interests, culminated in a tangle of telegraph wires spreading out across the ceiling, hanging above an array of workbenches, chemicals, and machines of every sort. Moreover, the lab and its dozen or so inventors worked late into the evening, stopping briefly for a traditional “midnight dinner” to unwind, tell some jokes, and shift their focus a bit.

Within this unique setting, towards the end of one midnight dinner, on July 18, 1877, Edison decided to entertain himself by speaking into one of the telephone diaphragms. And, while feeling the vibrations caused from his voice, Edison casually asks one of his colleagues, “[If] we had a point on this we could make a record on some material which we could afterwards pull under a point, and it would give us the speech back.” And thus the “a ha” moment was born.

Now, the ideal setting for each entrepreneur will obviously vary significantly, and many will undoubtedly feel limited in their choices of time and place for their work, especially early on. However, Edison makes clear that setting shouldn’t be dismissed or forgotten when organizing a team. In an era where working remotely continues to be on the rise, take time to consider the pros and cons of your work environment, pay attention to where the greatest insights tend to take shape, and optimize your time accordingly.

A favorite Edison quote reads, “Opportunity is missed by most people because it is dressed in overalls and looks like work.” In a related twist, Edison appears to have almost missed the gravity of his phonograph invention due to it’s seemingly trivial, routine nature at the time. According to Stross:

“The all-nighter at the laboratory must have been a routine occurrence, for the discovery was treated surprisingly casually in the lab’s notebooks.”

Apparently, most of the entries still focused on the telephone. And, based on the years that followed, as Edison’s own story around the phonograph invention pushed the timeline from July to December, Stross guesses that “he and his assistants failed to appreciate what they discovered.” Further, “There was no time to pause and reflect on the incidental invention of what was the first working model of the phonograph.”

The lesson here? What may seem obvious or trivial in the moment could in fact contain a much larger significance upon further reflection. Of course, the hard part is not getting bogged down or distracted by the little things, and learning to separate the wheat from the chaff. 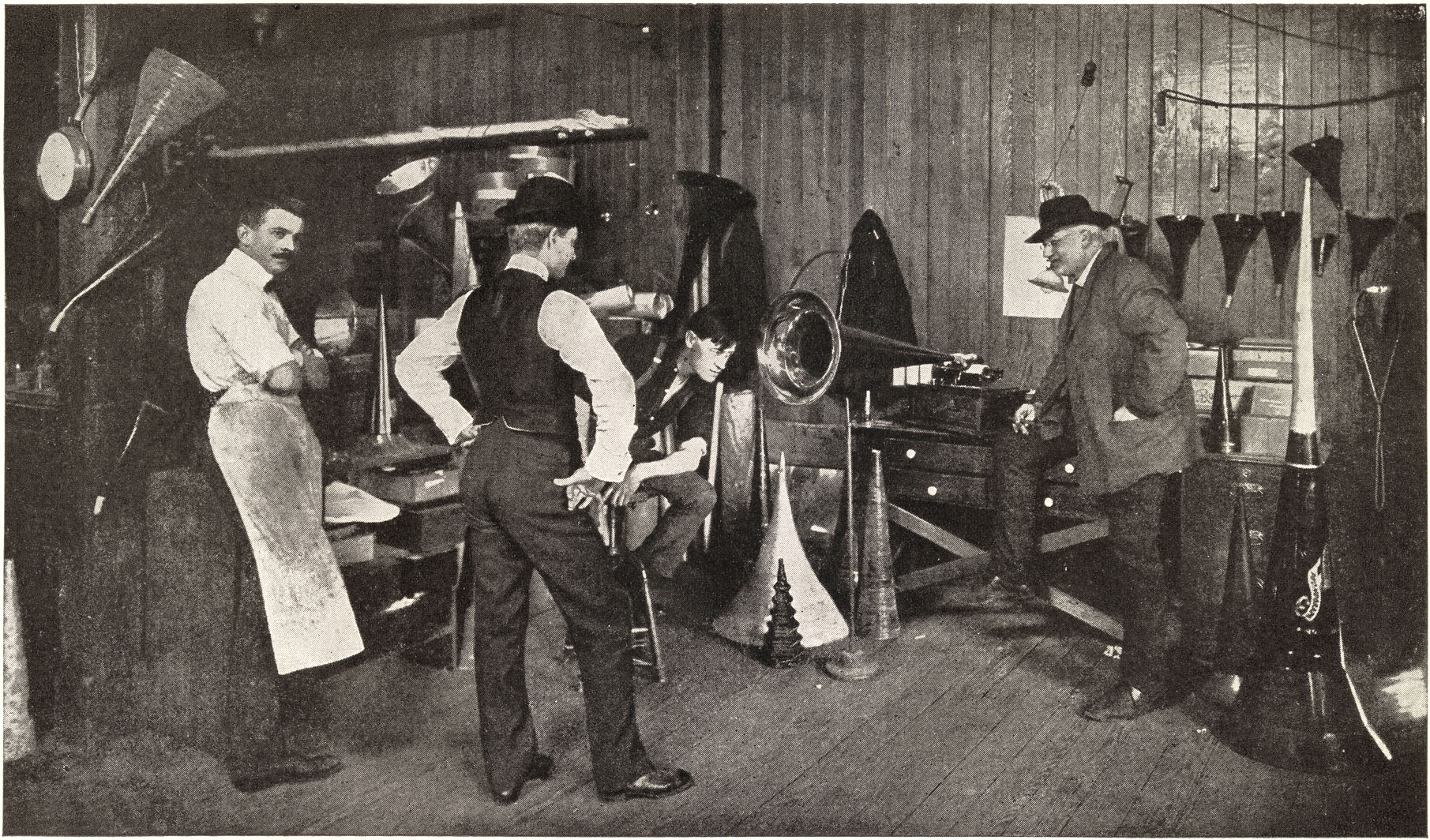 After detailing Edison’s notebook entry for the newly invented phonograph, Stross adds, “Though Edison used the first-person voice, Batchelor and James Adams, another assistant, signed their names to the page, too.”

Edison’s fellow inventors at the Menlo Park lab came to be called the “muckers” after a series of experiments to invent a better formulation for bricks. The work involved tinkering around with plenty of different substances, called “muck” at the time, before they could find the right formula.

Thus, while Edison may have garnered the most fame for the inventions coming out of his lab, it’s clear that Edison’s other “muckers” played a vital role throughout his innovation process. At a minimum, his “assistants” gave him someone to play ideas off of, to see how they react and pivot as a result. On the other end, you had brilliant inventors in their own right using the Edison brand to release their own ideas upon the public.

Great leadership is about getting the most out of people. Great teamwork is about maximizing individual’s strengths and minimizing weaknesses. Great collaboration happens when great leaders push their teams to achieve something together that would be plainly impossible to imagine by a solo practitioner. So, don’t be afraid to open up and test your ideas amongst those you trust.